“Companies can go one of two ways with ISO certification,” says Gustave Anderson. “Some take the check-the-box approach. Cavendish Scott works only with those that take the change-the-company approach.”

The quality director for two manufacturers in Laramie, Wyoming, Anderson explains what he means, saying “It’s the difference between going to the gym and going to the gym and working out.” The check-the-box companies are missing 95 percent of the value of certification, he says.

Anderson got to know Colin Gray, president of Cavendish Scott, when the two of them took an 800-mile road trip through Wyoming, visiting Casper, Gillette, and other cities, doing ISO training and consulting.

At the time, Anderson was the assistant director at Manufacturing-Works, part of the Wyoming Business Resource Network. He felt it was important to make Wyoming manufacturers aware of ISO so that they could compete nationally and globally. He also wanted to support manufacturers that had certified in ISO 9001:2008 in meeting the 2017 deadline to update to ISO 9001:2015.

After such immersion in standards, it was only natural that Anderson would take on ISO responsibilities when he went to work in the private sector.

He first joined Avvid Corporation, a Laramie company that began in 1995 with four partners who then had day jobs at two different businesses. Approximately 14 people now work at Avvid, which offers design and computer-driven (known as CNC) fabrication of components for a range of products, including guns, aerospace equipment, and medical devices.

The Avvid website states the company “is large enough to serve BIG industry, yet small enough to make every customer feel important.”

With time, Avvid recognized a need for certain medical devices, not just components for devices, and in December 2019 Disruptive MedTech began to meet that need, specializing in orthopedic medical devices.

The original plan was to obtain all three certifications by the end of July 2020 and, despite the pandemic, the goal was reached ahead of schedule. Gray and one other Cavendish Scott consultant came for a face-to-face meeting to kick off an internal audit and the remainder was completed online.

“I’d seen Cavendish Scott work remotely when I was in my state job,” Anderson says. “They’re ahead of the curve technologically. I knew they wouldn’t miss a beat.” He adds that he hopes other clients will take advantage of this capability, along with its savings of time and money.

Even the external or certifying audits took place online and no deficiencies were noted.

Not only did Avvid and Disruptive MedTech pass their audits during the pandemic, but they also thrived. Both companies grew and, with the slowdown in elective surgeries, DMTI pivoted to add personal protective equipment to its product line.

One reason they were able to do so well, Anderson says, is standards helped them identify risks and understand opportunities. He says, “The process keeps you between your navigational beacons.”

Cavendish Scott is “an incredible resource that can help answer any question,” Anderson says. He talks to Gray often, saying they’re like partners in doing ISO.

Anderson, who continues to support other Wyoming manufacturers in meeting ISO standards, says persistence is important. Like going to the gym, he said, “You don’t quit when you’re tired. You quit when you’re done.”

Cavendish Scott offers consulting, training, and auditing to help organizations obtain and maintain certification in a full range of standards. Additional information is available at cavendishscott.com.

Receive weekly news containing the latest information about what is happening in the ISO world, useful tips and tricks, training opportunities, and other information. 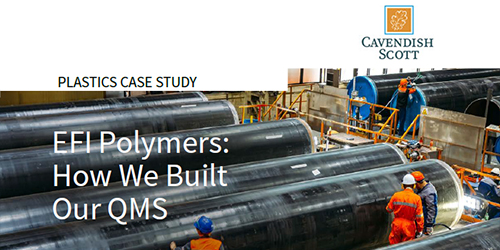 Building Your Own Quality Management System (QMS) for ISO 9001:2015

Building your own Quality Mangement System (QMS) for ISO 9001:2015 is a challenge. 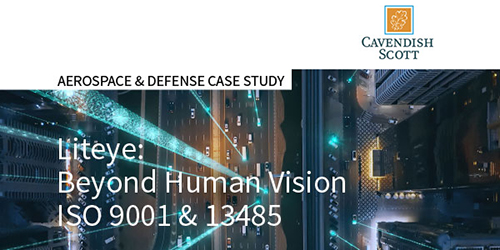 The objective of most manufacturing operations is to deliver a quality product to their customers. This was no different for Liteye Systems, a global technology 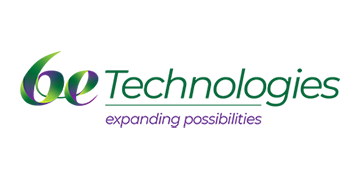 For companies seeking to improve the quality of their services and products as well as consistently meet customer expectations, ISO certification is the best solution.

“Other people and companies have goals and objectives. We’re on a mission.” – Dana Newton, Quality Manager